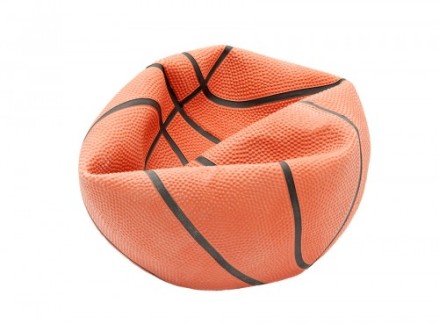 When I was a senior in high school, our football team went to the state finals.  The school had never been to the playoffs, let alone the finals, so this was a HUGE deal.  And because I love sports but wasn’t on the football team for a myriad of reasons, including, but not limited to, being afraid of asking anyone for a ride home after practice; not being overly enamored with the idea of pain; and generally being terrible at anything that required athletic ability, I wrote for the school newspaper about the team instead.

The West Beverly Blaze this was not.  If we put out one issue a month, it was considered productive.  But because of the unprecedented success of our football team, we somehow managed to put out a new issue after each round of the playoffs – four straight weeks.  Because high school students have ambition these days, I’m guessing that isn’t that much of an accomplishment, even at a terrible school like mine, but in our day it was an achievement.

I tell you that story because I’m coming back to you a scant 3 days after my last post for a new display of my inane ramblings.  And why?  Because of my unprecedentedly terrible picking of my desired Final Four matchups.

In my last post, I decided that I wanted to see Nevada, Texas A&M, Purdue, and Clemson to make the Final Four.  None of these teams would be considered the favorites in their respective brackets, but considering how crazy this tournament has been, I expected maybe one of them to sneak through to San Antonio.  Or hell, at least survive the Sweet 16.

Nope.  Not a one.  Somehow, all four of my teams lost on Thursday and Friday nights.  Now, I don’t know how to calculate probabilities, so I can’t tell whether the chances of this happening were 50% or 0.00001%, but I picked a couple of higher seeds in there.  I would’ve thought Purdue would’ve snuck through to take on Villanova.

So we’re trying this again.  If you’re looking for gambling advice, never come to me.

#9 Kansas State vs. #11 Loyola-Chicago: for some reason I don’t like Kansas State’s basketball team.  Maybe it was because they hired Bob Huggins for his 1-year “redemption tour” stint after he was fired at Cincinnati.  Maybe it’s that the group of fans I mentioned in my last post really annoyed me.  I don’t know what it is, just not a fan.

At the same time, there’s something disappointing about the fact that I know all about Sister Jean and her brackets but I couldn’t tell you the name of a single Loyola player or coach.  The human interest story has gone a little overboard.  So this one’s a coin toss.

The pick: Heads…Loyola-Chicago it is.

#9 Florida State vs. #3 Michigan: I’ve got a few thoughts over the local fan reactions to Michigan’s trouncing of Texas A&M on Thursday.  But they beat us twice, they’re a win away from the Final Four, and considering what their side of the bracket looks like, if they don’t make the final this year their season is going to be almost as disappointing as Michigan State’s.  So I’ll keep my mouth shut and avoid being called out for sour grapes.

But I’m not rooting for them.

(Also, seriously, a 5-year-old girl has a chance at winning our pool because she picked Florida State to win it all.  I mean, how cool would that be?)

#1 Villanova vs. #3 Texas Tech: Detroit is currently in a remarkable tailspin when it comes to sports.  The Red Wings and Pistons are terrible.  The Tigers unloaded everyone except Miguel Cabrera, and that’s only because his contract is atrocious.  We are legitimately at a time where our best chance at a championship is the Lions, and the only thing more ridiculous in all of sports would be if the Browns were Cleveland’s best hope.

So I’m not going to throw my support behind a team from a town that just hoisted the Lombardi Trophy.  I know Philly has something like 14 college teams so the city’s loyalties are somewhat split, but so is Detroit’s.  It’s a good enough excuse for me.

#1 Kansas vs. #2 Duke: I have become resigned to the fact that the national title game this year is going to be Duke versus Michigan.  It’s just the way it has to be.  It will be my punishment for being so overly confident about a team that never really deserved it.  And because I no longer have any chance at winning any money in my bracket, I will probably find myself rooting for Michigan and being a traitor to the Spartan cause.

So there you have it…again.  My (revised) picks for the Final Four are Loyola-Chicago, Florida State, Texas Tech, and Kansas.  And amazingly, I don’t believe any of these teams will be favorites in their Elite 8 games this weekend.